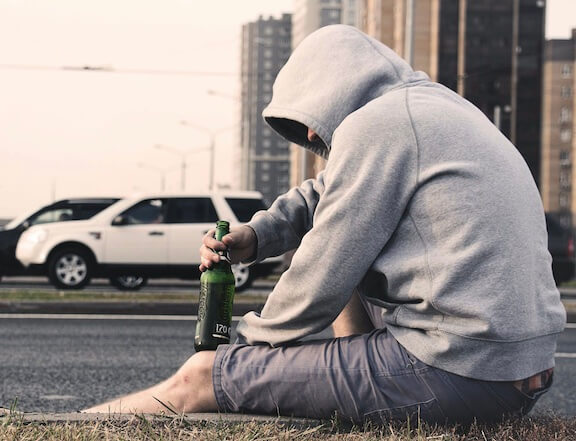 Māori are disproportionately affected by FASD and there has been some important work done recently to draw attention to this via Te Tiriti o Waitangi Tribunal processes.

The Waitangi Tribunal Act 1975 established the Tribunal as a permanent commission of enquiry to hear claims bought by Māori in regards to breaches of promises made by the Crown in the Treaty of Waitangi.

On 30 November 2016, the chairperson of the Waitangi Tribunal prioritised an inquiry into nationally significant health issues. This was the beginning of the Health Services and Outcomes Kaupapa Inquiry (Wai 2575).

After many claims were presented to the Tribunal, it decided to hear claims in three stages:

In June 2019, the Tribunal released the WAI2575 report into Stage One systemic issues, including ‘the way the Primary Health care system in New Zealand has been legislated, administered, funded and monitored since the passing of the New Zealand Public Health and Disability Act 2000 (‘NZPHD Act’)’.

In this report it was noted that Māori health inequalities was persistent and uncontested.

'As a population group, Māori have on average the poorest health status of any ethnic group in New Zealand. We also received uncontested statistical evidence demonstrating that, despite reform and readjustments, Māori health inequities have persisted in the nearly two decades since the [NZPHD Act] was introduced. All parties to stage one of this inquiry, including the Crown, consider the poor state of Māori health outcomes unacceptable.'

All parties accepted that a range of socio-economic factors contribute to health outcomes, and that the on-going effects of colonisation were relevant to Māori health outcomes.

“… confiscation and misappropriation of Māori resources through the colonial processes [ensured Māori were] impacted both by historical trauma ... and by impoverishment.”

“The outcomes of mono-cultural institutions which simply ignore and freeze out the cultures of those who do not belong to the majority. National structures are evolved which are rooted in the values, systems and viewpoints of one culture only. Participation by minorities is conditional on their subjugating their own values and systems to those of ‘the system’ of the power culture.”

The Director General of the Ministry of Health Dr Ashley Bloomfield recognised the link between racism and health as follows: “Socio-economic deprivation for Māori impacts on their ability to access good health but it is compounded by other factors, including racism. The impact of personal and institutional racism is significant on both the determinants of health and on access to and outcome from health care itself. Racism is associated with poorer health, including poorer mental health.”

The response of the Tribunal to this evidence was to investigate whether these poor health outcomes were due to breaches of the Treaty/Tiriti and to recommend an urgent review of the legislative and policy framework of the primary care system. The Tribunal found a failure by the Crown to design the system in partnership with Māori (and with mana whenua in particular).

It found that tino rangatiratanga (self-government by Māori, for Māori) was not recognised with regard to Māori health and that the current framework required review at all levels, due to the poor health outcomes experienced by Māori.

On March 14, 2022, the Waitangi Tribunal began hearing claims around disability as part of Stage Two of its Kaupapa Inquiry into Health Services and Outcomes for tāngata whaiakaha Māori (a term referring to Māori with lived experience of disability – another term is whānau haua). There were presentations around poor health services, inadequate disability supports and a lack of funding and investment in disability.

The first day of the Tribunal hearing was focused mostly on a claim by Rawiri (David) Ratu (see photo – credit Chris Skelton, Stuff) around FASD. The evidence (from whānau with lived experience, the disability rights commissioner Paula Tesoriero as well as experts in FASD), showed clearly a lack of public health controls on alcohol, poor maternity services for wāhine Māori, and a lack of social and health supports for those with FASD.

In his claim, Rawiri Ratu also said the Government had breached the Treaty of Waitangi by not implementing recommendations laid out by the Law Commission in 2010, which included increasing the price of alcohol, raising the drinking age to 20 and restricting alcohol advertising and sponsorship.

Concerns were also raised (again) about criteria set by the MoH for funded disability supports. Using IQ of less than 70 as a criterion for FASD funding, is inappropriate both culturally and from a health perspective, since many of those with FASD have relatively high IQ.

Another issue consistently raised was the lack of a prevalence study – so many things depend upon having a much better idea of how many people are affected by FASD in Aotearoa. Currently we have estimates based on studies done internationally; numbers may well be higher here.

There were powerful and emotional presentations around how FASD affects not only individuals but also the whānau of those who care for them.