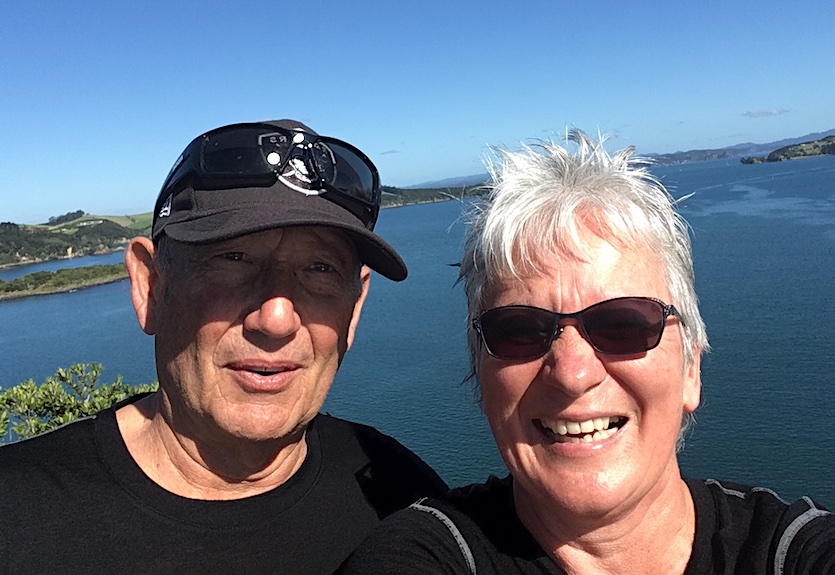 We know that many of our tamariki who are fostered or adopted are affected by FASD. Those initial contacts with new caregivers can make a world of difference to children who may have been traumatised in their birth homes.

One couple in Northland have made it their ministry to ensure that caregiver whānau are warmly supported and that tamariki begin their new journeys with non-judgemental love and support.

RuruHana Brownie is irrepressibly outspoken, opinionated, warm-hearted and compassionate. They’re qualities which stand her in good stead in her job: RuruHana is the Upper North Regional Coordinator for Caring Families Aotearoa and she and her partner Dennis are respite and transitional caregivers for Northland whānau who have tamariki with FASD.

RuruHana (Ngāti Pūkenga, Ngā Puhi) previously spent almost 20 years working for the Ministry of Justice; 10 years as Domestic Violence Advisor for Northland and Auckland Law Courts. There’s not a lot she hasn’t seen. Dennis has a long career in education behind him from preschool through primary, secondary and tertiary, from Palmerston North and Kirikiriroa in the Waikato to the Far North. He’s had students whose first language was te reo, and as a kid himself was taken under the wings of Māori kaumatua as part of his own education

The couple married back in 2009. “It was the second marriage for both of us,” RuruHana says with her characteristic, disarming openness. “We were doing some pre-marital counselling around our goals together and without even discussing it, we both put down ‘fostering children’. There was a lot to get through, but by 2012 we looked after our first child and we’ve never looked back.”

In those early days no one knew about FASD, and all that CYFS (Child, Youth and Family Services, now Oranga Tamariki) wanted to know was that the child you were caring for had a roof over its head and food on the table. If the child was Māori, exploration into cultural heritage or tūpuna (ancestors) was not encouraged.

“We did it anyway!” says RuruHana, and she and Dennis laugh like naughty kids. “But seriously, back then if the kids were problematic, the recommended remedies were not ideal. We knew that tracking down that child’s roots had to happen to begin the healing process and because we have so many contacts in Northland, most of the time we’d be able to find someone from the birth whānau. And by doing the pepeha hikoi, the ancestry trip, we’d often be able to connect them to their maunga, their awa and sometimes even an urupa (cemetery) which held tūpuna. That means a huge amount to anyone of Māori descent. Nowadays, of course, it’s compulsory!”

There was not much information about FASD back then in Aotearoa. Amazingly though, RuruHana happened upon a book about it in a free box at her local library and pounced on it, realising that this was what they were dealing with a lot of the time. But their instincts around the basics had been spot on.

“Good fresh food, decent sleeping patterns and a good balance between activity and rest – that’s how we start off with the kids that come to us,” says Dennis. “It can take a while though – some kids don’t know how to drink water, because they never have. The levels of neglect of some are dreadful: children with scabies, tinea covering their feet, rotten teeth. We had two brothers once who were partially deaf since they’d never learned to chew properly – they’d only ever eaten soggy Weet-bix and noodles. A hearing specialist told us that their jaws had never worked enough to clear their eardrums.”

“So yep,” says RuruHana, “at that point we’re actually dealing with physiological problems that have come from nutritional deficits. So that’s where we begin – good wholefoods and sleep patterns, because you have to get a child’s tinana or physical wellbeing sorted before you can even start with their wairua, their spirit.”

The couple’s strong faith (Seventh-day Adventist Christian) has a solid foundation in the principles of wellbeing, and they are also passionate advocates of the Māori health model of ‘Te Whare Tapa Whā’, first developed by Sir Mason Durie in 1984 and still very much in practice today.

Te Whare Tapa Whā is based on the four walls of a whare. The walls represent taha wairua or spiritual wellbeing; taha hinengaro, mental and emotional wellbeing; taha tinana or physical wellbeing, and taha whanau or family and social wellbeing. Connection with the whenua, the land, creates the foundation on which the whare stands proud.

The pair live on a 10 acre piece of land  near Whangārei, and there’s always plenty to do and lots of fresh fruit and veggies in the garden – they affirm that their whenua and māra kai (vegetable garden) are two of the most important tools they have for healing. “Once they’re a bit settled, we get our tamariki out in the garden weeding and planting,” says hRuruHana.

“They get on the whenua and help with the stock, they learn how to fence and chop firewood. One boy who came to us was obsessed with blades. We gave him an axe and showed him how to chop firewood and man, that kid chopped all day!” They both roar with laughter. “He needed an outlet for his energy and he was being useful. He loved it.”

RuruHana has deeply personal lived experiences which led her to becoming a caregiver. She was in her early thirties when she found out she herself had been fostered at 18 months old for 18 months when her mum and dad separated. She was one of six siblings – luckily her 10-year-old sister came to the foster home too, and looked after her.

“Without knowing why, I had anxiety and trust issues; I still find isolation easy because of that,” she says. RuruHana has done a lot of counselling around this, and the years of her own quest to understand the deep emotional issues around separation anxiety have given her a level of empathy which has been enormously helpful in her work.

RuruHana also tragically lost her 17 year-old son, who was almost certainly affected by FASD, to suicide. “I was 18 when I had him,” she said. “He had learning challenges so I home schooled but by his teens he had access to drugs and alcohol. We were all about ‘tough love’ in those days with the focus on behaviour rather than relationship. I put wanting his behaviours to change above my relationship with him and pushed him away – so I have to live with the fact that if I’d known – first about not drinking in pregnancy and then about how FASD works – it probably would never have happened. That’s why I do what I do now.”

As well as the couple's personal caregiving and respite work, RuruHana role as Regional Coordinator for Caring Families Aotearoa keeps her very busy with support for caregivers. She remembers the training course she did when she first started there as being a ‘lightbulb’ moment. It was based on DDP, Dyadic Development Psychotherapy, a relationship-focused practice for caregivers of adopted or fostered children who have experienced neglect and abuse.

“That training was an amazing healing process for me,” she says. she continues to find it very useful in changing the internal narratives for those who have suffered developmental or separation trauma. It’s based on principles of PACE – Playfulness, Acceptance, Curiosity and Empathy.

“It’s really important to remember to take time out and play as caregivers,” RuruHana says. “Find your happy place and go there with your tamariki – mine is lying on the lawn spotting shapes in clouds! Caregivers of children with FASD have to be very patient and have a calm house – it’s a hard one to remember these days, because ‘busy’ and ‘tired’ are the enemies of a calm home.”

Dennis chips in. “From our experience, you really need to have a team of people, so each gets a break. FASD represents an intensity of care that’s not like anything else – ideally, groups of respite caregivers would be supported by the state.” Often the only breaks that parents and caregivers get are when their kids go to school – but school can also be traumatising for all concerned.

Cheryl Vallance and Gavin Toki have first-hand experience of RuruHana and Dennis’s level of care, both personally with a tamaiti tāne they fostered themselves and via the local school where Cheryl is Deputy Principal. “We set up a special respite programme for the school where students would go out to RuruHana and Dennis’s place for a few days a week. It was hugely successful and this one boy in particular – he just lit up. It made an enormous difference to him.

“And as for our own boy – sometimes you feel as caregivers that you’re just a failure and nothing works,” she continues. “I remember them coming round at one point and we just sat outside and talked and laughed half the night. It gave us hope and made us feel like we could do it. RuruHana and Dennis are so knowledgeable and supportive – there’s never any judgement at all, just loving, practical, real-world advice and understanding.”

With gifted and determined respite caregivers like RuruHana and Dennis in our community, there’s hope – and love – for many tamariki and whānau in Northland.

RuruHana Brownie was a consultant on our Handbook and on our training programme, working closely with our Navigator Anna Gundesen. We are very grateful for her input and experience, particularly in producing our tikanga Māori content. 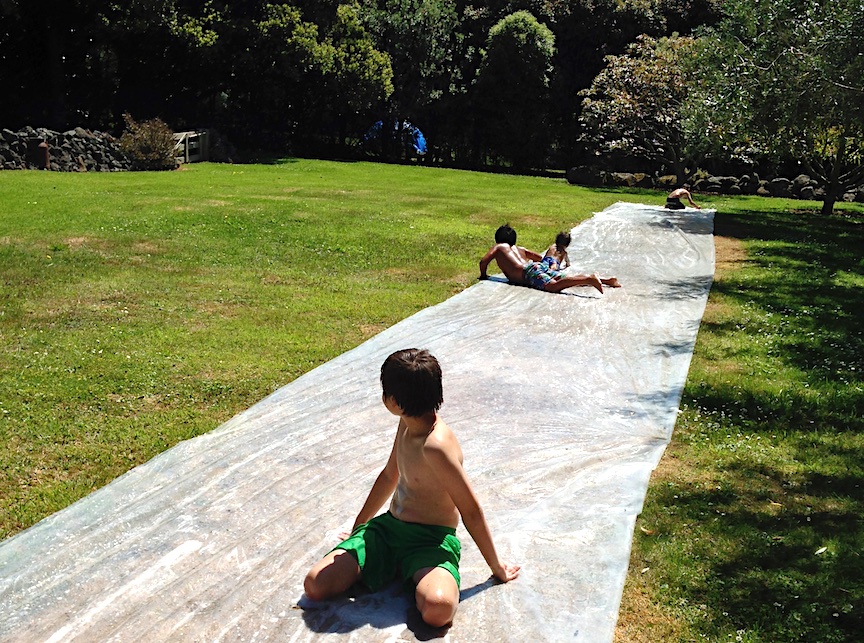 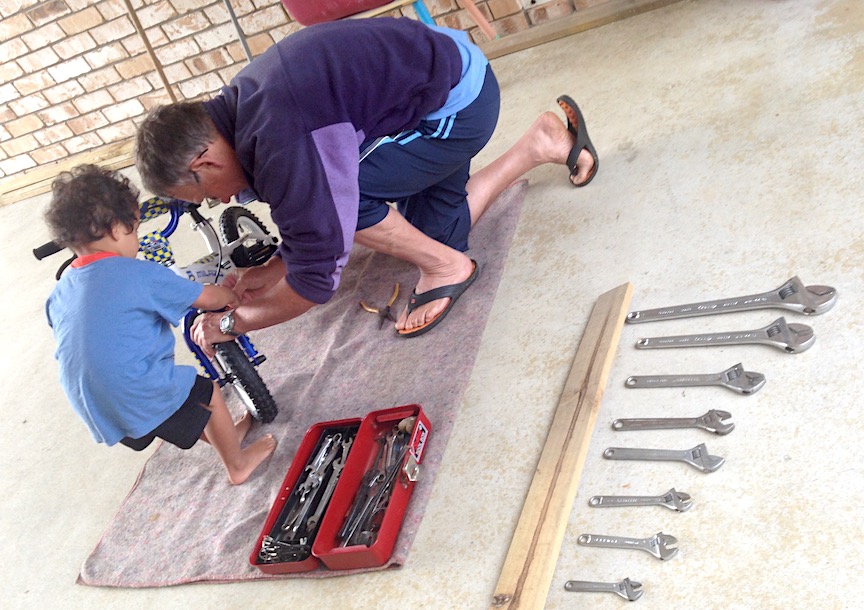