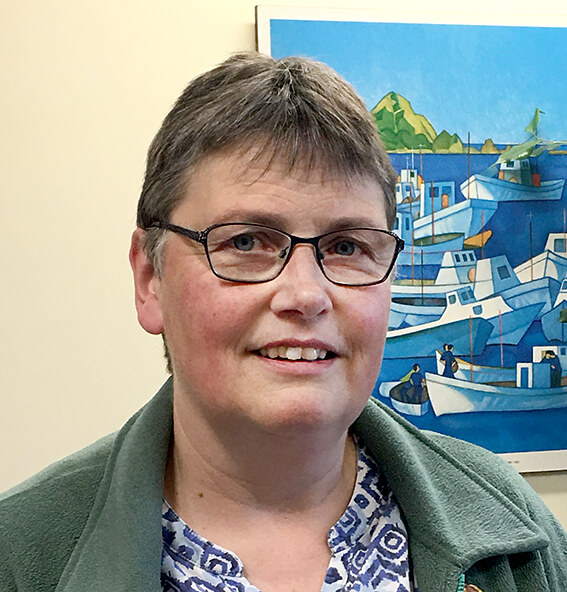 Professor Anita Gibbs of Otago University has always been immersed in the rights of those on the fringes of society, beginning at just 18 years old with voluntary prison visits in Reading, UK.

In 2020, she received the Universities New Zealand ‘Critic and Conscience of Society’ award for her work on raising awareness of FASD as a lifelong disability, and in 2021 she was made Professor at Otago University. Anita will be rolling out her new course – ‘Exploring Neuro-Disability in Health, Welfare and Justice Systems’ – in July 2022.

Anita studied social work at the University of Bristol in the late eighties when Thatcherism, government cuts and unemployment was rife. She worked in a probation hostel, then became a probation officer; and further study in the form of a PhD at Bristol focused on policy and partnerships between the state and NGOs.

A trip to Aotearoa New Zealand in 1994 ignited a passion for this country and in 1999, Anita returned for good, with husband in tow. The pair had a daughter but then, following Anita’s research around adoption and mental health, made the decision to adopt two Russian babies – brothers. “Once you realise how many children have no chance at life it becomes a natural desire to try and remedy that,” she says. Their boys are now 19 and 17, and although their older son is doing well, the younger is currently in a residence after being in trouble with the police. He has recently been assaulted by another resident.

“Although the staff are wonderful, it’s just not the right place for him,” says his mother. “It’s highly unlikely that any FASD-affected young man is going to be able to behave well for six months. It’s a joke really. The system has simply got to change.”

She references the Banksia study in Western Australia which brought to the world’s attention in 2018 that 89% of sentenced youth in the study had severe neurodevelopmental impairment, and 36% were found to have FASD. The study’s urgent recommendation was for ‘formal neurodevelopmental assessment for all young people entering the justice system, and comprehensive training for detention centre staff’.

So what needs to change here in Aotearoa? “Well, early identification is imperative,” Anita says. “Caregivers and educators need to know that a child has FASD so that appropriate interventions can be put in place. Strengths and challenges need to be identified for each child so support is there for the life course of individuals.” Once this happens, the likelihood of them entering the justice system dramatically decreases – but if a young person is excluded from school (as many FASD young people are due to lack of educator knowledge and resources), conversely the likelihood of them entering the justice system increases just as dramatically.

Anita continues, “Funding is key, too – FASD must be included in disability support services and we need more money on top of that to educate the workforce – teachers, police, justice professionals. Right now an FASD individual can often only get support once they’ve done something that involves the law – it’s the classic ambulance at the bottom of the cliff.”

“Another specific requirement is around trying to prevent formalised care,” Anita says. “Children do best if they can stay with their families if at all possible. But for that to happen, again it comes back to funding, because respite care is crucial to keep families together. It’s very hard work caring for an FASD child and breaks are essential – especially for grandparents, as often they do end up as caregivers.”

Studies in place in Aotearoa NZ

There are some research studies on FASD underway currently in Aotearoa New Zealand, including Anita’s own. She’s using the $50K award money she received from the Critic and Conscience award on two different FASD studies which complement each other. One explores the impact of parenting an child with FASD and the other is research with caregivers and stakeholders (eg social workers and disability advocates) around living with FASD across the lifespan. “I’ve put the money towards research, transcriptions and travel costs – and I’ve also been very lucky with support from the university,” she says.

There is, of course, a bigger picture around prevention of FASD, but as Anita says, NZ seems to be denial around societal messaging on alcohol. Our worlds revolve around alcohol – do we really want to know the results of a prevalence study? Data has emerged from Canadian, (and to a lesser extent UK) studies, that points to 4-6% of children in schools and 30-50% in the criminal justice system who are affected by FASD. Drinking culture in NZ points to the possibility of those figures being even higher here.

The economic implications alone should be enough for the government to be taking serious action towards FASD prevention and mitigation, but the lack of activity around the results of the 2016-2019 FASD Action Plan has been disheartening. However, in late 2021, the outgoing Children’s Commissioner Judge Andrew Becroft alongside Disabilities Commissioner Paula Tesoriero presented a powerful call to action for changes to the way people with FASD are assessed for disability support, citing a breach of human rights in their report. FASD-CAN has received some welcome funding from from Oranga Tamariki which has enabled us to build infrastructure within the organisation. Overall, there are signs that things are beginning to shift but there's a long way to go.

“Once things actually kick off here in Aotearoa in the way they have in Canada or Australia, the great thing is that we’ll have a match-ready workforce,” Anita says with some satisfaction. “Most people caring for FASD individuals have had to educate themselves already, so we’ll be ready to go!” Her new course at Otago next year (see info under Training for Caregivers tab) will help with that.

Meanwhile, Anita continues to throw 150% of herself at the thorny questions around FASD, as well as her other work. Her multi-disciplinary background feeds into where she is now, and she’s a priceless resource to the FASD community in Aotearoa.

Leigh Henderson, Chair of FASD-CAN, has this to say. “Anita is a champion for those in the FASD community in Aotearoa New Zealand. Her own lived experience of FASD as well as her professorial role at the University of Otago places her in a unique position to advocate for those with FASD. She is a woman of many hats, moving effortlessly between establishing family connections with caregivers to advocating at policy level, dealing with social issues and justice and contributing to important areas of NZ-specific FASD research. Her university teaching will help future frontline professionals supporting our tamariki to have a solid awareness of FASD.”

Having written or contributed to around 160 other publications over the course of her career, Anita has just finished a new book on feminist criminology entitled ‘Women, Crime and Justice in Context’. She works alongside the ministries of health, children, and education, as well as the Department of Corrections and various NGOs. She maintains her practice as a social worker through workshops, talks and leading the Dunedin FASD support group, and lectures all the while in sociology, gender studies and criminology at Otago University.

So what does she do in her non-existent spare time? “Well, I go to the gym and do aqua-jogging!” Anita laughs. “The rest goes into my family, and there’s not much time for anything else. But I get a lot out of community work – I find it hugely positive and energising. And it’s great to know that in our darkest times, the people in our FASD community all have something we can share.”

Click here to listen to a podcast with Anita on ‘FASD and its intersections with the youth justice system’ (some excellent extra links on this page to follow up, too!).

This course will run from July to October 2022 as a 400 level course at Otago, for both distance and on-campus learners. No prerequisits for a certificate of proficiency, but some prior study at any level will be helpful. This course can be completed as a stand-alone certificate or alongside other courses at Otago.

At the completion of this paper, learners will have:

Seminars/webinars will consist of talks, audio-visual content, guest speakers, case studies, reviews of research and practitioner and learner reflections. Throughout the course treaty-based processes will be offered and each topic will consider issues for tangata whenua/Māori in terms of concepts, relevance, impact, interventions and systemic change.